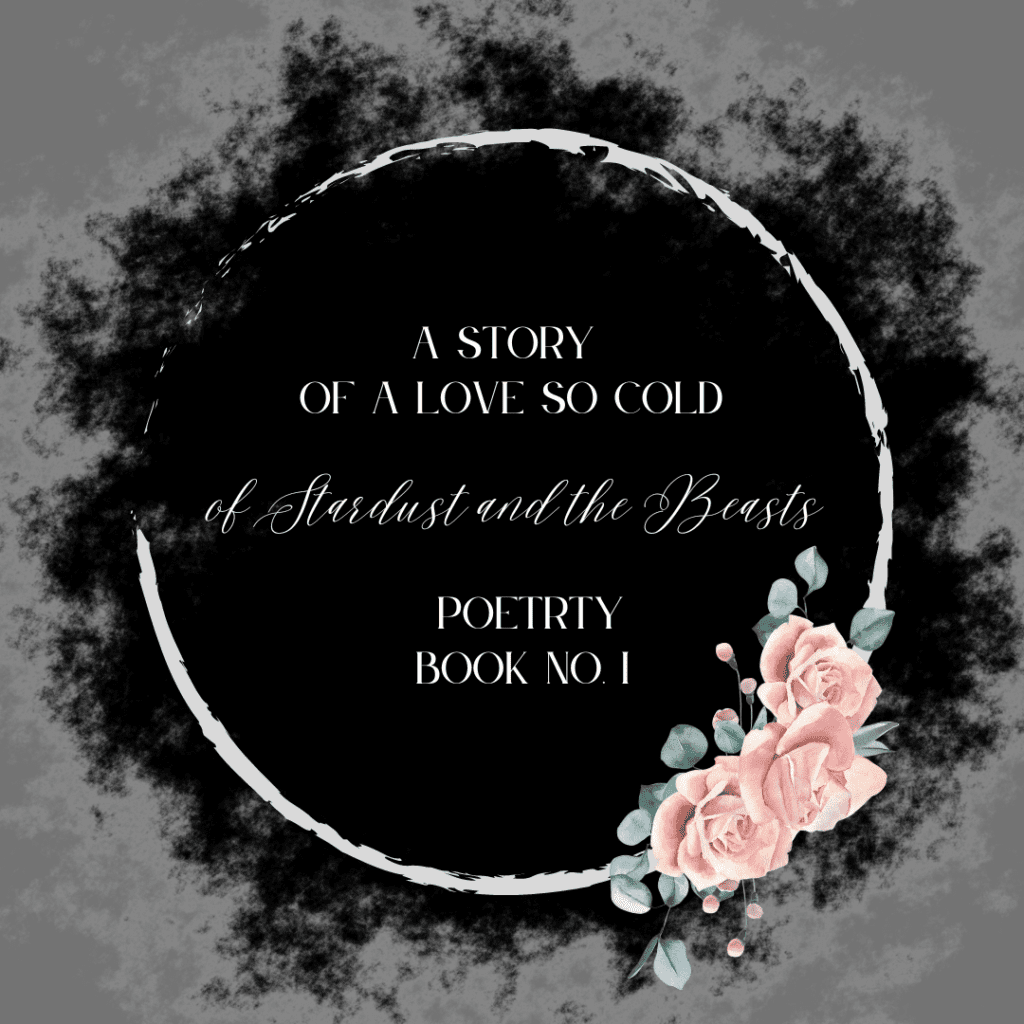 My poetry book no. I has been out as an audiobook since November 19 on my blog and streaming services. And still, I haven’t added the YouTube Lyric Video version to my blog. Am sorry for being so late with it… But I will do it now so it is all in one place. Also I am going to talk about the poetry itself a bit. And then I will tell you what mused it and what I wanted it to be like. How it was born? Why is it poetry of madness through unrequited love.

You can listen to it on Spotify first without the spoilers and come back and check it out here.

Poetry Book no. I Audiobook

The book is in two separate audio files. The reason for having 10 poems in one file is that they were too short to upload to Spotify separately because they were considered as shorts and therefore not allowed. Understandable, it would simply create a loophole in which I would get more streams and generate more royalties. Yes,  more streams equal money, and it would be unfair to other artists if I generated money with 20 separate 30 second poems.

My next book though, the one that comes on the 05.02.2023, the poems are longer and therefore I should be able to upload them separately. You can check out the post about my next book here where I also have a little sneak peek into the audiobook version. 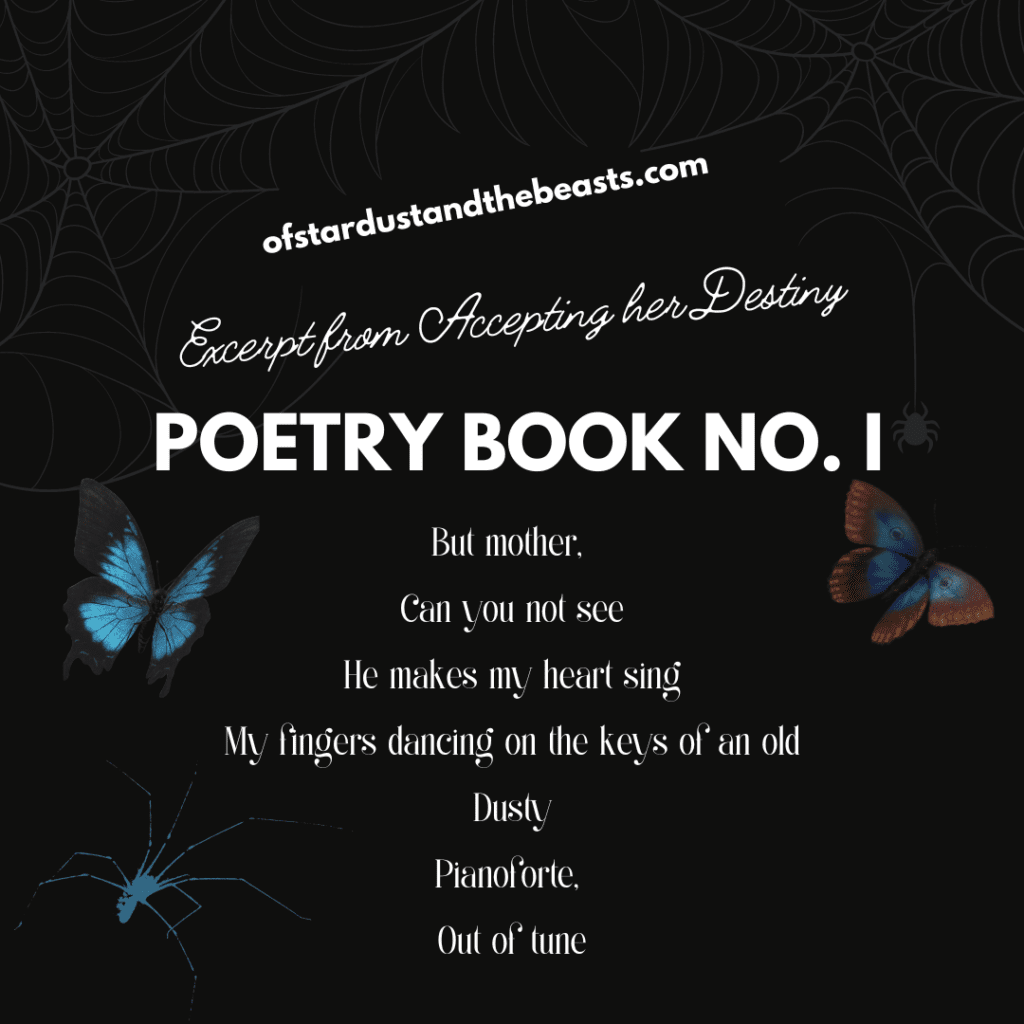 These are 20 micro poems that tell a story

There is 20 of them and together they form a whole. I definitely hope you will listen to them all because it really does evolve in the course of the poems told. I tried to voice act it out as much as I physically could while still sounding natural. As if this is my real voice. As if I never spoke in any other manner. I wanted it to sound like I am the lady in the story and as if I am living in the story… to bring her to life and leave a dent in the psyche of other people.

There was a vison in which the story to starts off with an innocent love of a girl for someone she hasn’t met. Something like an artist or a public figure. I wanted it to start off sweet and paint a picture of many young girls that had a celebrity crush. I had one, still do, many girls had or have one and it is completely normal. But I wanted to twist it and bring in some mental instability and I wanted to give the impression of her mental health declining. That she could be dangerous. If she wanted to. 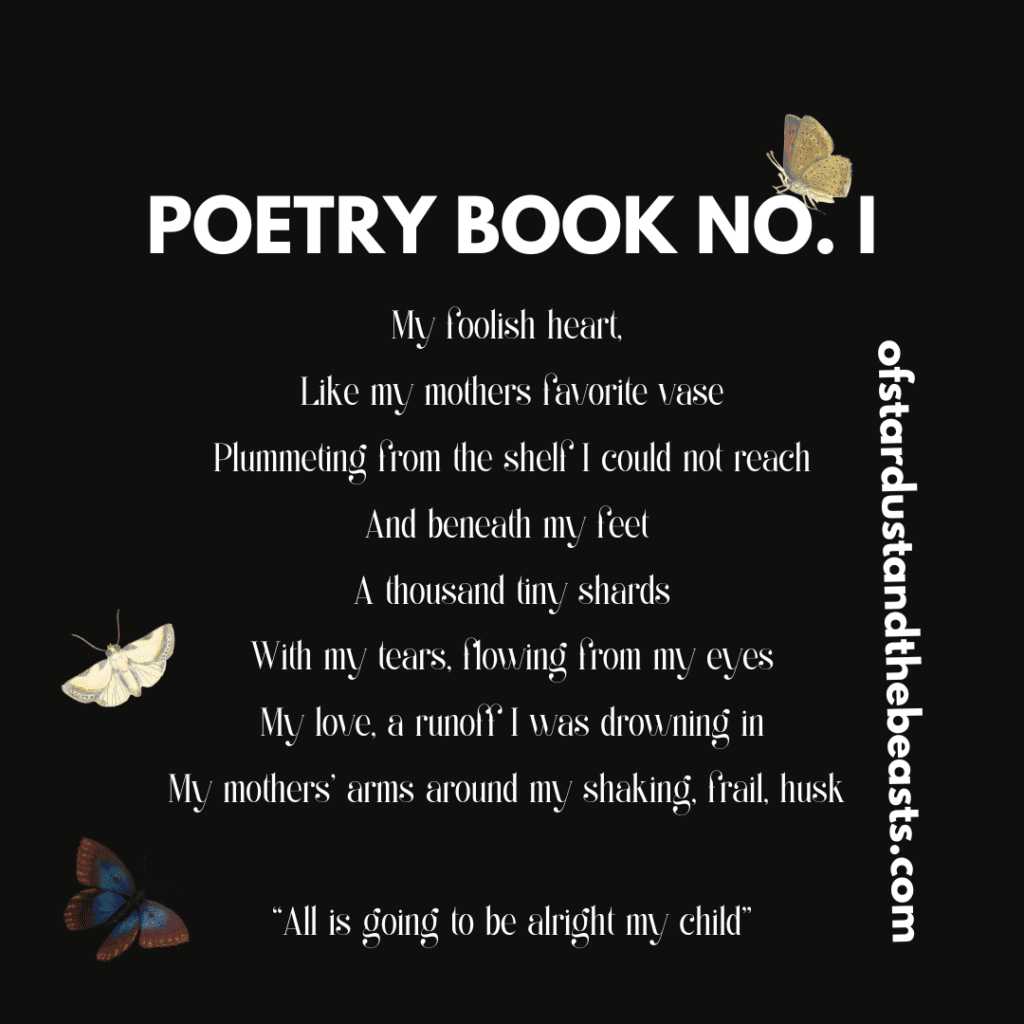 I wanted her to sound delusional

To paint her obsessions and make it known that she really felt there could be future with her love. I wanted to give off her hope as genuinely as I could up until the point of meeting him and I wanted the anger and pain of a heartbreak to sound real. I wanted to really give it with my voice  and I wanted it to sound like something I have been through… to feel real even if in reality, I am not that mad. Only a bit. I just have a sprinkle of bonkers.

Bonkers is something that people seem to notice in art and I am an artist. No, I don’t have to be as mad as my poetry or stories. I might be mentally ill but there I paint worlds. Worlds that I want to leave a mark, a deep one. I want my stories and poems to touch people. Or leave them unsettled. I want the contrast. The sweet and the shock.

I mainly dabble in romantic writings, mostly, but that is not all. I love romance but sometimes I want to sprinkle it with the macabre and the obscure and leave people wondering before they read my blog. 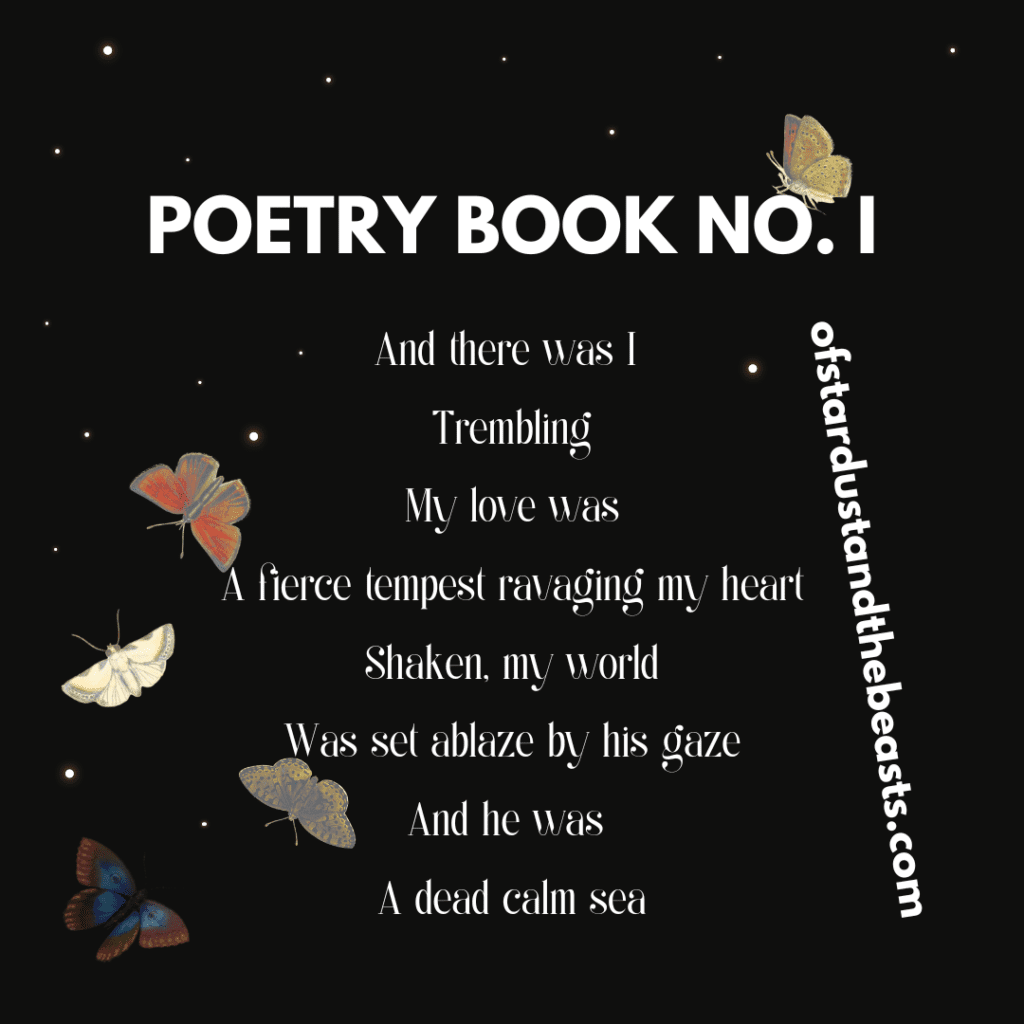 The story sprung from a real love

A platonic one and it is something that I have felt in my life. There are around 2-3 poems that were about someone very dear to me and everything else… is a fiction. An overly romanticized course of events. And the heartbreak was easy to write about. I think we all have experienced such a thing.

But enough, read and listen for yourselves here:

And check out my other work too:

Music Cornerwhich is new and I will be adding posts to shortly.